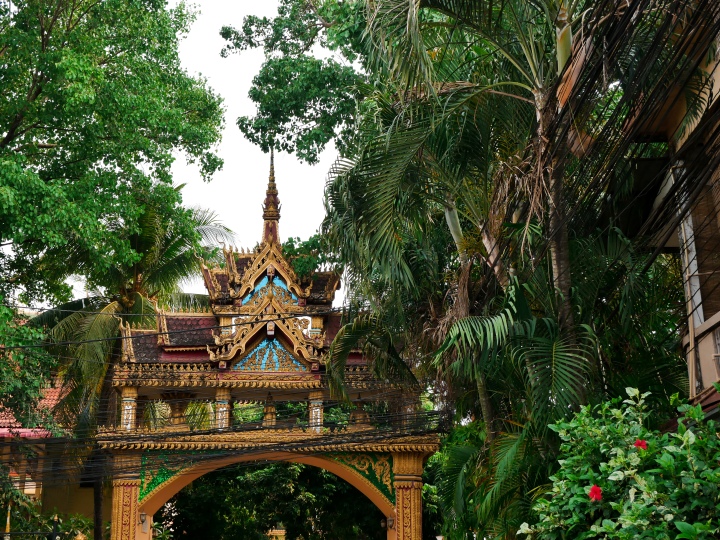 If you haven’t read the first part of my trip, you can find it here!

On Saturday, I had booked a visit to an elephant sanctuary. There are a ton of those around Chiang Mai, and it is a whole business. I won’t linger too long on this as I wrote a blogpost on the topic already, but the elephant sanctuary business might not be the most ethical after all, which makes me quite sad. Still, I can’t deny that I had an amazing experience and it was incredible to be able to see these magnificent animals from so close. They are truly fascinating animals.

In the evening, I changed hostels because I was staying at this beautiful, brand new “boutique hostel”, which was really nice but quiet. It was more of a place to get your own space, which is great if you need to reload your batteries or are planning on a longer stay, but personally I like hostels because of their sociable aspect, so two nights of peace and quiet was plenty for me. I had booked a bed at a party hostel. I figured since it was Saturday night (although, does it even matter what day of the week it is when you’re traveling?) it would be nice to go out with other travelers. Did I know it was the day before elections in Thailand and alcohol sale was forbidden because of that? Well of course not. So I had booked a party hostel the one night that there was no party happening. In addition, the dorm room I was supposed to go to didn’t have a locker for me so I was moved to one where I was alone, so hard to meet roommates too. At that point, I figured it was the universe telling me it was not the right time for a party, so I took my computer downstairs, got some writing done instead and had a chat with a few other disappointed travelers. In the end, it turned out to be quite a productive night for me, so although I would have preferred to spend such a calm night at my first hostel, I’m happy for how it turned out. Everything happens for a reason. 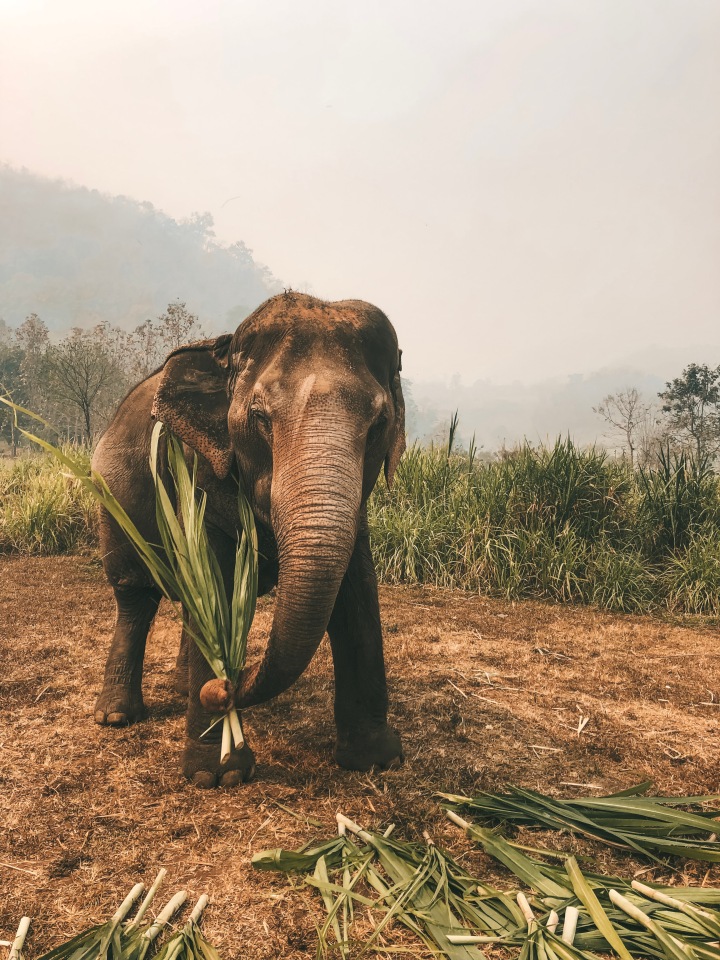 For my last day in Chiang Mai, I took a walk outside of “the square”. To discover a new place, I like to pick a destination, such as a cafe or sight, and just walk all the way there and look around on the way. This time I picked a coworking cafe, Heartwork, because I was feeling creative after the boost in my writing the previous night. The cafe was super nice, with a very instagrammable interior, and it was a good environment for focusing. Coworking cafes definitely motivate me to get stuff done as everyone around you is also doing their thing. It was also quite funny to find this sort of place in this sort of suburb of Chiang Mai with mostly housing and small, local stores. It felt somehow out of place, but at the same time, it was perfect right there.

In the evening, I took a walk at the Sunday night market, which was quite underwhelming in my opinion. So much so that I even wondered if I actually had found the main street of the market or not. Instead, I found a nice place to eat, had dinner, went back to the hostel to grab my backpack and headed to the bus station to take a night bus to Nong Khai. Although Chiang Mai was definitely an interesting place with probably a lot more to see and do, I was quite happy to leave because the pollution was terrible. Maybe I’ll come back some day to spend a while in Chiang Mai, when the time is right and the pollution levels are lower….

I had decided before this trip that I would avoid flying as much as possible whenever it’s not necessary for safety or scheduling reasons, and take busses and trains instead. I have to say I actually like taking busses. There are more locals than tourists, and you kind of feel like a local yourself. In addition, night busses in Thailand are super comfortable, the seats take almost a horizontal position to sleep, there’s enough space, you get a blanket and a pillow as well as some snacks. When taking the bus, you don’t always have a common language with the staff, but you always find a way to communicate. Whenever I’ve figured out which bus I need to take, I find myself thinking: “what if this is not the right one after all and I’ll end up somewhere completely different than I expected to?” But so what if I do? It’s not like I have anywhere to be, so if I end up out of my itinerary, would it be anything more than another adventure?

I arrived early in the morning in the town of Nong Khai, at the Thai-Lao border. Although I could have crossed the border and gone straight to Vientiane the same day, I had decided to stay in town for one night instead of rushing. Nong Khai is a pretty small place and you’ll have walked it through quite quickly. It’s not a touristy place and there are no big must-see sights, but it’s nice for a change, since it has a more local vibe.

Arriving at my hostel quite early, there was nobody at the reception so I took a seat on the terrace to relax. I was sweaty and dirty and hot from 24 hours without showering, sitting on the bus and carrying 20kg on my back for two kilometres in the sun. Oh the joys of traveling. But it’s part of it and I’ll take it.

Silsopa hostel was one of the most peaceful and nicest hostels I’ve ever been to. It was also a cafe and an art gallery, with a very nice, white and wooden design. When going in the room, you pass all the paintings, and there is a terrace and a balcony to relax. It was the perfect place to take a day off from exploring and just take it easy. It was the kind of hostel I could have called home for a little bit, not just a place where you’re simply in the mindset of passing by, even if Nong Khai is exactly the town where I believe most visitors are only passing by.

Day 9: The train to Vientiane

To cross the border by land you first go through immigration in Nong Khai to get stamped out of Thailand, then again in Thanaleng to get your visa to Laos. For Finnish citizen, the visa can be applied for on arrival and costs 35USD. For me, it all went very smoothly, but I’ve heard experiences from other travelers of having to pay extra or their money being refused because it was not in a perfect condition.

From Thanaleng, there is a mini van to Vientiane that you can book in advance or on arrival. The trip to Vientiane takes about an hour, and you are dropped off at your accomodation. Since it was again quite early, I couldn’t check in yet so I left my backpack at the hotel to start exploring the new city.

Vientiane is a capital that doesn’t feel like one. With a lot of low, small and old buildings, it looks more like a smaller town. What gives away that it is a city in growth are the traffic, the mix of this older architecture with some newer buildings and the fact that the city extends on quite a big area. You can definitely see the French influence (Laos used to be a French colony until the mid-nineteenth century), as some street names and official government building names are also written in French. What surprised me was also the number of restaurants serving western food, a lot of French food but also all sorts of other western foods, and international food in general. I felt that there were way more international restaurants than around Thailand for example, even if I believe Thailand is still way more touristy. Funny.

I walked quite a lot on that day. I climbed the Patuxay, which is the local arc de triomphe or victory monument, for a look at the whole city. Make sure to lift your eyes up when you’re under the arch, the ceiling is beautiful! After that I spent some time just wandering around the city before going to the hotel to rest for a moment.

In the evening, we went walking along the Mekong with a few other backpackers. Next to the river, there is a night market as well as a wide walking area which made me think of the Promenade des Anglais in Nice. It was very popular, with lots of people spending the evening, working out after the hottest hours of the day were behind, and there were even some public aerobic classes. It felt like a summer night in southern Europe, in a way.

Day 10: A look at the history of Laos

The two backpackers with whom I spent the previous night wanted to go to the COPE visitor center, and I decided to join. I had no idea what that was before I googled it, but I am so glad I went.

COPE is an organisation helping people with mobility-related disabilities by providing protheses and other help to move on. What I didn’t know was that Laos has been the target of a huge amount of bombings by the US during the Vietnam war. Some of the UXO bombs did not explode when being released and are still found in the ground all over the country, which means there are constantly people getting hurt years after the events. The exhibition was really powerful and I struggled to keep myself from crying the whole time. If you ever go to Vientiane, that is definitely a must-see, as it gives a look at very important historical events in this country. It’s such a shame that history classes at school are so Europe-centered at home, and we are not taught about this kind of thing at all. There’s plenty to fill school books already in European history, but it’s in reality such a small part of the world.

This is why traveling is so important. It gives the opportunity to learn personally about other countries and cultures, to see that the reality for some people can be so much different from what it is for us, and how history shapes countries. So travel, learn, and be moved by other people’s stories. It’s empowering and weakening at the same time, and those experiences make a person richer in a way money can’t buy. Except money for plane tickets 🙂 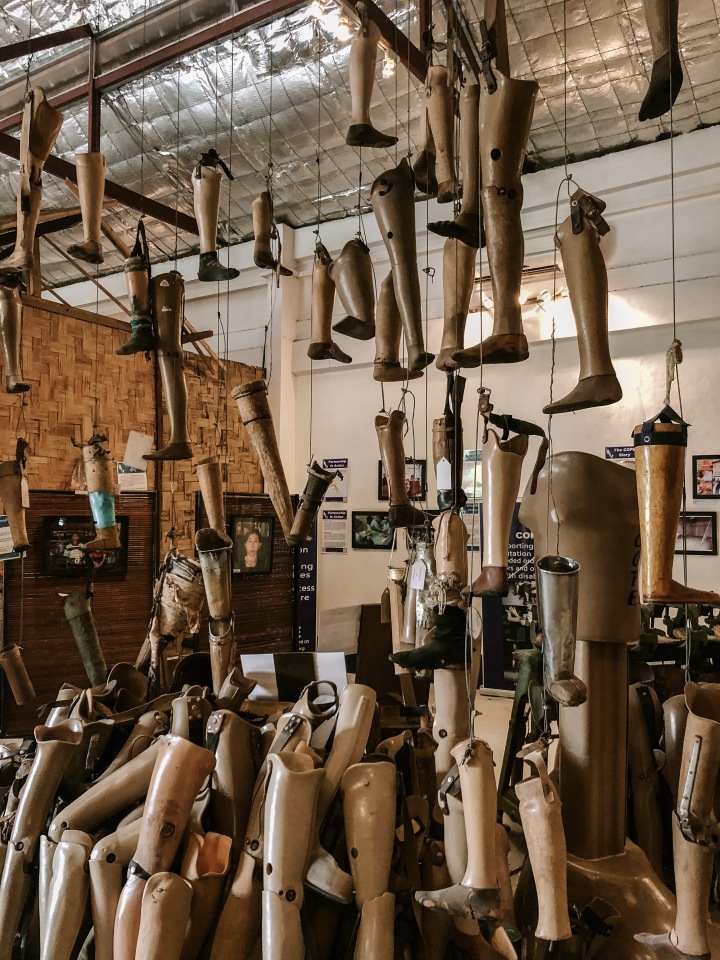 One thought on “Southeast Asia travel diary: Days 6 to 10”