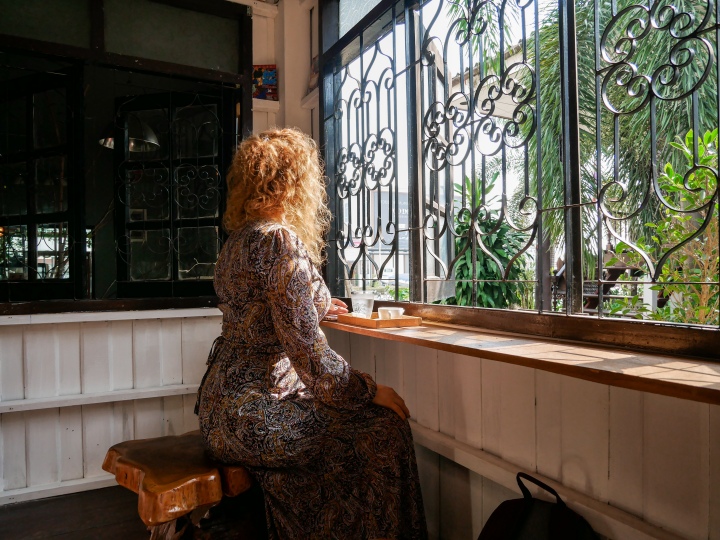 This post is the second (and last for now) part of my blogposts on traveling and money. In the first one, I talked about how you can travel for cheaper and find good deals. Go check it out. This one won’t be about traveling on a budget, but about my travel budget for the seven weeks I spent in Southeast Asia this spring.

Disclaimer: I covered this already a bit in my last post, but remember that money is a very personal thing, and it’s not possible to say what is much and what isn’t for anyone else but you. What’s a fortune for me might be very reasonable for you and the other way round. And to make it even more complicated, it changes depending on the context. Because everyone has their habits and priorities. Just keep this in mind when reading this and don’t take my use of money as a guidance, but rather as one example of a way to travel.

Because it is such a personal topic (and a bit of a taboo too), I was wondering if I should post this. Nevertheless, I decided to, because when I was planning my first backpacking trip, this is exactly the sort of thing I would have loved to read because it would have given me some idea of what I need money for and estimates of how much could be expected to be spent, but I didn’t see much of those posts.

Now, before the numbers, a little bit about how I spend money. When I travel, I don’t like to bee too tied to a very strict and limited budget, because in those situations, I end up spending way too much time and effort in thinking about it, calculating, looking for the cheapest options, and essentially worrying about how much I spend and enjoying my time less. So when I travel, my philosophy is to have some sort of “roof” for how much I’m ready to spend, but keep it  high enough so I don’t need to count every euro I spend. At the same time, I save on things that I know I can save on easily. What that is depends on the situation. So if you think of the list of tips to save money that I made in the last post, I use all of them, but never at the same time. The things that I save on the most are accommodation – because when traveling solo, especially backpacking, I don’t feel that I need fancy, private hotel rooms, and shopping – if you travel for a longer time, you don’t want to collect too much stuff to drag around, plus the overload of cheap, tourist crap has really started to annoy me really. The things I spend the most “extra” on are food and experiences, because those are the things I value the most in traveling. So I will sleep at a 3€ per night hostel dorm, but then I might have a 10€ meal (3-5€ being more “normal price for a meal around many places in Southeast Asia) and won’t feel any guilt about it. Regarding transportation, note that for a seven-week trip, I moved a lot from one place to another and on long distances, which also means more expensive means of transportation, especially since I often booked quite last minute. I also had very different destinations, in some of which spending less money was quite easy, and some harder. All of these things and more affect how my final spendings’ table ended up being. This definitely doesn’t sum up how I spend money, and as mentioned, but maybe now you can picture a bit better what the numbers that follow mean.

For 51 days/seven weeks of traveling in Southeast Asia (Thailand-Laos-Cambodia-Malaysia-Indonesia-Singapore), I spent a total of 3150€.

Breaking it into different categories of expenses, this is the result:

Transportation (including flights from and to Helsinki, all other flights, busses, trains between destinations, and local transportation such as public transportation, taxis, bike rentals etc.): 1355€

Culture (experiences, activities, museums and other cultural sites): 570€ (Including 6 nights at a surf camp with board rental, surf lessons, yoga classes, accomodation and breakfast. This didn’t fit any category so I put it here.)

Accommodation (excluding the surf camp above): 280€ (around 6-7€ per night on average)

Shopping (souvenirs, necessities, basically everything from a store that I didn’t eat): 230€

Laundry and other expenses: 25€

So there it is. I have to say that it was more than I wished I would have spent, and I know there are definitely things I could have saved on. But it didn’t go over my absolute limit, and the only thing I know I could and should have spent less money on is transportation, and that is more because of the ecological impact I had now than anything else, even if spending less would have been a bonus on top of it.

Other than that, it was because I had this quite relaxed approach to budgeting that I had the opportunity to see so many different places in a relatively short time, have wonderful experiences such as diving, snorkelling with glowing plankton or sea turtles, learning to surf, staying overnight next to a waterfall, on top of the roofs of Kuala Lumpur or in an eco-resort on an isolated paradise island, eat wonderful foods, party, visit museums, temples and other historical and cultural sites, and most of all, make so many wonderful memories that I can’t even think of them all at once. This was the perfect holiday for me, but for sure I could have spent less money or more, and still have had a fabulous time. In the end it’s not about how much money you use, but what you make of your time.