I guess there are many reasons people may have prejudice towards Russia, the biggest being politics, history, and hear-says (media <3). These probably all contribute to the fact that not so many pick it as a holiday destination. Add the extra struggle of a visa application (and its cost), and why would you want to go specifically there when there are so many places that are easier to get to?

But then again, why not? Shouldn’t having stronger presumptions or less knowledge about a country be on the contrary a bigger reason to go there and see what’s like you thought and what isn’t? Those are the places that can surprise you the most. They’re an adventure. 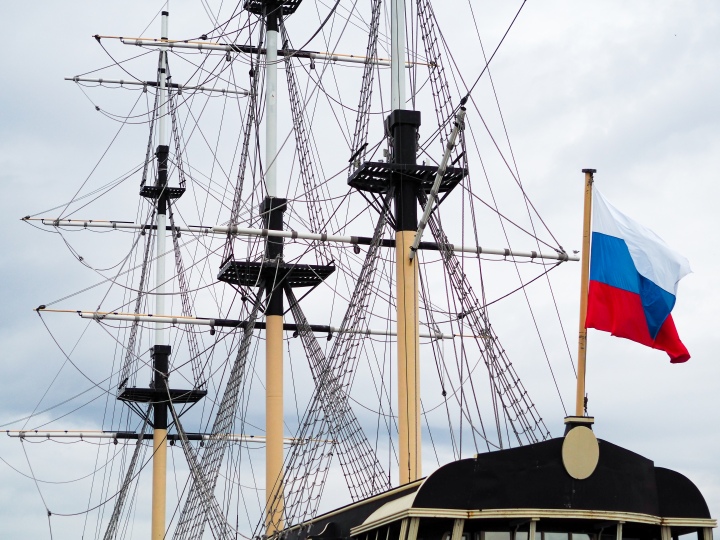 I went to Saint Petersburg recently for the first time, and although I don’t think I had exactly as many prejudice about the place as one might have, I was still surprised and amazed by it. This is why.

When you’re in Finland and want to get away for a few days, we quite automatically think of Tallinn in the south, or Stockholm in the west. But on the other side of our country, there is this huge country, with a city of over 5 million inhabitants (the size of Finland basically) at only three and a half hours by train. The train goes straight from the city center of Helsinki to the center of St Petersburg, without stopping at the border as the passport control is done on the train, and it’s way easier than going through airport security or sitting on the floor of a ferry with a bunch of drunk people. So if you’re in Finland – living or visiting – consider this option in addition to those two previous ones that at least most Finns have probably seen already quite a few times. And if you’re not in Finland, St Petersburg is not further from you than any other European airport. Yes, the visa application is annoying, but with the excitement a completely new place brings, isn’t it worth it? Plus, I read that in the near future, Russia would set up simplified e-visas for visiting St Petersburg. To be seen, but after that, no reason not to go. 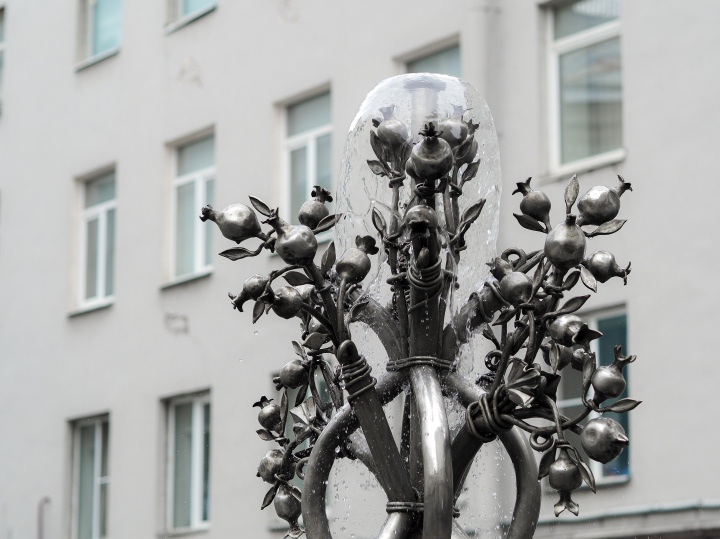 A big reason St Petersburg surprised me is that it’s an old city full of history. All of us know a bit of it, whether it’s what we’ve read in classic Russian literature about the glamour and prestige of the upper class in the 19th century like in Anna Karenina, or the tumultuous times in the beginning of the 20th century with the Bolshoi revolution, or the middle and end of the 20th century during the time of communism as the city bore the name of Leningrad. The surprising part in this? St Petersburg has parts of it all left, and it’s all interestingly mixed up together.

The beautiful buildings in the city center, with ornaments and gold, the wide boulevards and prestigious parks remind of Paris and make you wonder how the city must have looked in its golden age. When you start imagining it, you can almost see women in beautiful dresses and fancy furs and men in costumes and high hats, riding in horse carriages along the Neva river. Am I romanticising this? Absolutely. But imagination is part of the beauty of travel too.

There are signs of different times as well. They are given away by how these beautiful buildings have aged, by the different, stalinist and khrushchyovka architectures mixed up among the older buildings, and by the old inscriptions that have been left on buildings from the previous century.

In some way, it seems that St Petersburg has stayed in a time different from the 21st century, but you couldn’t say exactly what time. The architectural mix sure plays its role in this, but so do other elements of the streets. Old, tiny kiosks at the corner of streets. Neon lights and faded shop signs. The sumptuous metro stations each more luxurious than the previous. And above this hidden glamour, the tramway driver who stops the tram and gets out to manually switch the direction of the rails with a rusty metal bar. 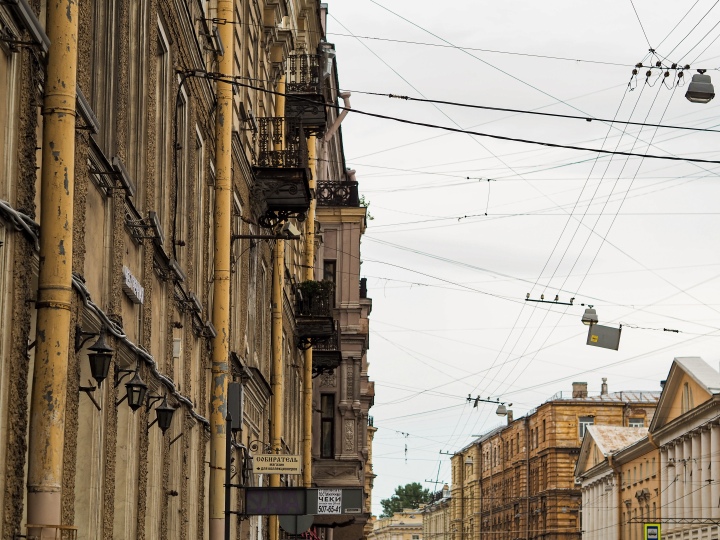 At the same time, I’ve been told St Petersburg is the western city in Russia, while Moscow is the Russian one. I can easily believe that, even without having visited other places in Russia. St Petersburg is in many ways very modern. That is, if “western” and “modern” are considered synonyms. There is an extensive and well-functioning public transportation network. All big shops and brands that you could see in Paris or London have found their place along the main street, Nevski Prospect. If you feel like eating out, your options, ranging from traditional Russian food to kebabs, Korean barbecue, texmex or pizzas are endless. The city is clean and safe, and has basically anything you would expect from any European city.

More than that, what surprised me a lot is how lively and young this city is. Culture is not only limited to the classic museums that draw tourists all over the city. Although I only had a glimpse of this other side, I quickly realised that St Petersburg has an active night life and young culture in addition to the traditional art scene. As we were walking home on a Friday night, we walked past a jam-packed balcony. At first, I thought someone was throwing a big house party. As we walked past it, we saw that the building opened on an courtyard full of people, bars and restaurants, and the whole building around the yard was transformed into a nightlife complex. On the floors, there were signs leading to more restaurants, a nightclub, a tattoo studio, a shisha bar and I don’t even know what else. And all this right in the city center, in what was probably a building left unused and repurposed into this. 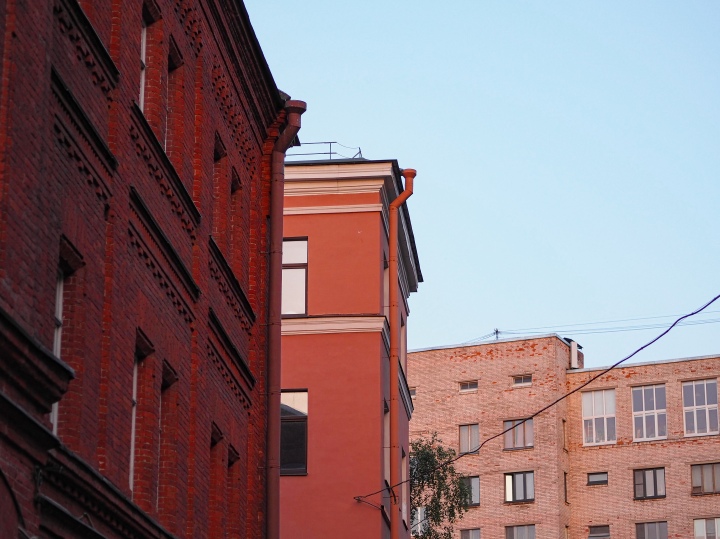 Another good example is Loft Project Etagi that we visited on Sunday. Similarly, it was a whole building complex, which looked like old offices, turned into a cultural center full of art galleries, shops of all sorts, street food and events. It was a Sunday afternoon, but the place was really alive. This sort of dull, a bit run-down building could have just been deserted and dying, but instead, it had been turned into this cool, trendy place to hang out with your family and friends on a day off.

That’s the thing in big cities, and St Petersburg is no exception: there is something for everyone. Whether you’re into classical art and architecture, modern art, photography, the alternative nightlife scene, specialty beers, street dance, musical theatre, Korean street food, blinis, dog shows or anything else, you’ll find your thing here. In many ways, Saint Petersburg is very similar to places you might have visited before. But at the same time, it is beautifully different and unexpected, and I’m sure that there is something to love about it for anyone of us. I hope I managed to awaken your curiosity for this less known and visited jewel of the east. Maybe you’ll even consider it as your next city holiday destination.

One thought on “A story about Saint Petersburg”